Janus nanorods, nanorods split into two chemically distinct regions, have a much broader range of phase behaviour than homogeneous nanorods. In addition to the regular smectic, nematic and crystal phases that homogeneous nanorods may form they can also form other liquid crystal structures, such as micelles, worm-like micelles and lamellar bilayers.

We used Langevin Dynamics and Monte Carlo simulations together with free energy methods to investigate the range of structures formed by Janus nanorods as a function of the relative sizes of the chemically distinct portions of the rod.

During this investigation we noticed that monolayer platelets of the rods developed a chiral twist. This was surprising given the lack of chirality in the system, and the lack of obvious forces in the system that would induce a twist. We characterized the changes in enthalpy and entropy of the system as a function of the platelet’s twist to determine the thermodynamic driving forces responsible for the twist.

This twist is very similar to that seen in experimental studies of rod-shaped virus particles in solution with a dextran depletant, which similarly form chiral platelets, though they favour a single enantiomer due to the chiral structure of their capsid. 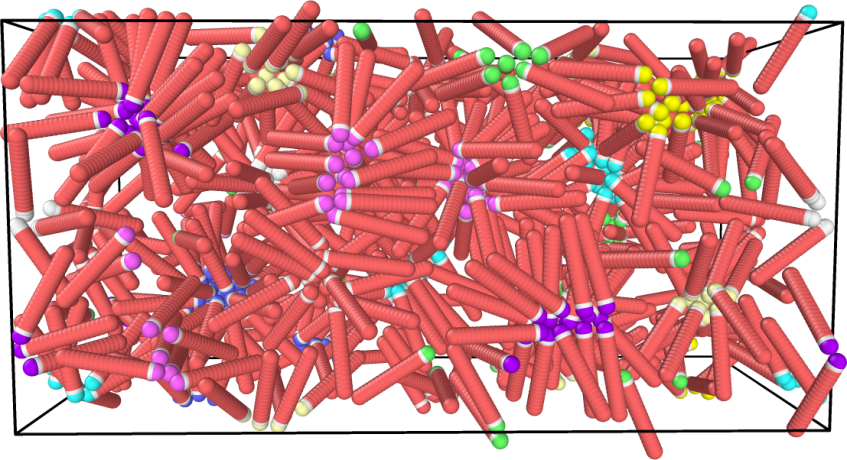 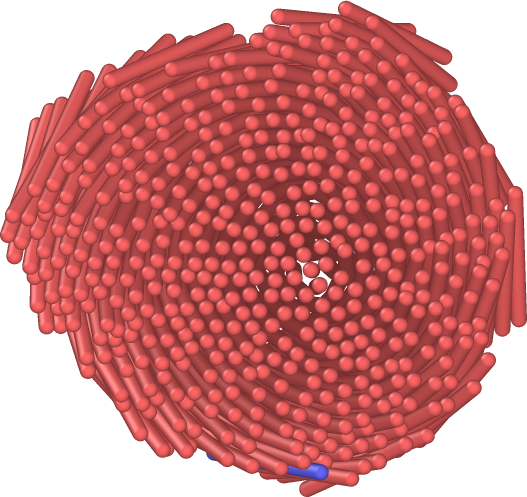