This seminar will be delivered in Chemistry Lecture Theatre 4 and Online Zoom. Please email chemistry.researchsupport@sydney.edu.au for zoom link and password.

Abstract: Room temperature ionic liquids (RTILs) – often called ‘molten salts’ – are made entirely of ions and exist in the liquid state at 25 oC. They have several archetypal properties such as high chemical and thermal stability, low volatility, intrinsic conductivity, high polarity, high viscosity, wide electrochemical windows, tunability, and good solvation properties. As a result, they have been extensively investigated as a replacement solvent in electrochemical reactions, with many interesting and exciting applications realised over the last 20 years.1

In this seminar, I will discuss our recent work elucidating reactions at the ionic liquid–solid electrode interface. Using electrochemical techniques such as cyclic voltammetry and chronoamperometry, we have explored the physical properties of these systems, enabling us to extract new information regarding electrode reaction mechanisms as well as solubilities, diffusion coefficients, and gas–liquid partition coefficients. Since ionic liquids are well-known to be hygroscopic, the impact of humidity and dissolved water in ionic liquids is explored, showing how its presence significantly affects the outcome of electrochemical reactions such as the oxygen reduction reaction. In particular, using ionic liquids with hydrophobic cations and anions is extremely important in high humidity environments.2 This was supported by our atomic force microscopy (AFM) studies,2 uncovering the strong structuring of the ions in the electrical double layer (EDL) at the interface.

In addition to understanding the properties of ionic liquids, we have investigated different electrode designs such as screen-printed electrodes, thin-film electrodes and microarray thin-film electrodes as platforms for potential applications of our discoveries. We have modified commercially-available electrode surfaces with electrodeposited materials such as metals (e.g. Pt, Au, Cu and Pd)3 and metal-organic frameworks (MOFs)4 to create intentionally-altered designer surfaces. We use surface characterisation techniques such as X-ray photoelectron spectroscopy, atomic force microscopy and scanning electron microscopy to investigate the electrodeposited structures. Understanding the behaviour of dissolved solutes in ionic liquids and on modified surfaces is useful not only for knowledge on the behaviour of ionic liquids themselves, but also for electrochemical applications such as fuel-cells, batteries, capacitors and sensors.

Biography: Prof. Debbie Silvester-Dean is an electrochemist and ARC Future Fellow in the School of Molecular and Life Sciences at Curtin University, Perth. She completed her DPhil (PhD) at the University of Oxford, UK, then spent a short time as an intern for Schlumberger Cambridge Research, before arriving at Curtin University in 2009 as a Curtin Research Fellow. In 2012, she was awarded an ARC Discovery Early Career Research Award (DECRA) and in 2017, a Future Fellowship. She was elected a Fellow of the Royal Australian Chemical Institute (RACI) in 2020 and a Fellow of the Royal Society of Chemistry (RSC) in 2022. 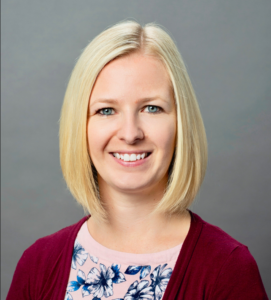