This seminar will be delivered in Chemistry Lecture Theatre 4 and Online Zoom Please email chemistry.researchsupport@sydney.edu.au for zoom link and password.

Abstract: In this talk I will discuss how the dual quest for i) understanding the role of complexity in chemistry – the field of systems chemistry and ii) understanding how life originated and the RNA world theory, contributed to the now rapid development of a RNA ecosystem in NSW.

The origin of life remains as one of the biggest, if not the biggest unsolved challenges in Science. In pre-biotic chemistry, significant emphasis has been of late on understanding the role of complexity in chemistry – which falls under the field of Systems Chemistry. Within the Systems Chemistry field, one of the key targets is the aim is to de novo design of a system that displays all the hallmarks of life: metabolism, reproduction, and compartmentalization. This includes self-assembled functional (e.g. catalytic, adaptive) complex systems containing some of the molecules we recognise as the key building block of life, including peptide/proteins, lipids, carbohydrates and nucleic acids.

Recently, biologists have come to recognise that non-coding RNA plays a major role as a structural and organisational element in cell biology and development. The dynamic interactions between non-coding RNA and various intrinsically disordered proteins (IDP – effectively very long unfolded peptide chains) leads to the formation of condensates that are often referred to as liquid-liquid phase separated (LLPS) droplets. We entered this field, noting the similarities between these RNA-protein droplets and peptide-gels – materials that we have been studying for a considerable time.1-3

Building on our peptide work, we therefore hypothesised that even very short RNA and peptide could under the right conditions form gel-like aggregates (Figure 1). These studies should give us a detailed molecular level understanding of how RNA and peptides/proteins interact to form liquid-liquid phase separated structures and other condensates including those formed between short peptide such as triglycine-X-triglycines and pentanucleotide RNA oligo’s (e.g., AAXAA). These initial studies are already providing valuable new insight into the factors that control RNA-peptide interactions which in the future could underpin the development of therapeutics that would modulate these interactions.

Having also worked for a decade within the field of nanomedicine and targeted delivery with nanoparticles,4,5 the potential important of understanding better how peptides could also aid in the delivery of RNA therapeutics was not lost on us. Having first approached our state government in 2019, the recent pandemic and the successful deployment of mRNA vaccines then enabled us to rally scientists for Universities and Medical research organisation from across the state, and work with like-minded groups in other states, to advance the vision of making Australia a powerhouse in the emerging RNA ecosystem.

Biography: Prof. Pall Thordarson (Palli) obtained his BSc. from the University of Iceland in 1996 and a PhD in Organic Chemistry from The University of Sydney in 2001. Following a Marie Curie Fellowship in the Netherlands he returned to Australia in 2003 and was then appointed at UNSW Sydney in 2007 as a Senior Lecturer where he became a Full Professor in 2017. He is currently the Director of the newly formed UNSW RNA Institute and the President-Elect of the Royal Australian Chemical Institute (RACI). He is also a program leader for the NSW RNA Production and Research Network and leads the NSW RNA Bioscience Alliance on the behalf of the NSW Vice-Chancellor’s Committee.

Palli has published over 130 referred papers, including in prestigious journals such as Nature and Nature Nanotechnology. His research interest ranges from Nanomedicine and Light-harvesting Materials to Supramolecular and Systems Chemistry. He is focused on advancing our understanding of how molecules interact with one other and ‘self-assemble’, and how self-assembly can then be harnessed to create novel functional materials and systems. He has received a number of awards including the 2012 Le Fèvre Memorial Prize from the Australian Academy of Science for outstanding basic research in Chemistry by a Scientist under the age of 40. 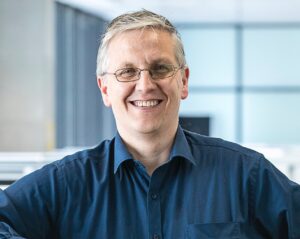