Controlling the Fate and Function of Proteins with Photopharmacology

Abstract: Photopharmacology endeavors to control biological function with synthetic photoswitches that interact in various ways with their biological targets. These include ion channels, transporters, GPCRs, enzymes, molecular motors, scaffolding proteins, and elements of the cytoskeleton. I will discuss the advantages and disadvantages of photopharmacology and its potential applications in biology and medicine, in particular with respect to controlling cell proliferation, cell migration, and targeted protein degradation.

Biography: Dirk Trauner was born and raised in Linz, Austria, studied biology and chemistry at the University of Vienna, and received his Master’s degree in chemistry from the Free University, Berlin. He then pursued a Ph.D. in chemistry under the direction of Prof. Johann Mulzer, with whom he moved to the University of Frankfurt and then back to Vienna. Subsequently, he became a postdoctoral fellow with Prof. Samuel J. Danishefsky at the Memorial Sloan-Kettering Cancer Center. After two year 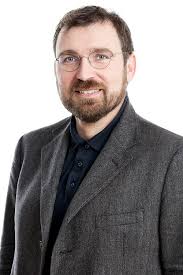 s in New York City, Dr. Trauner joined the Department of Chemistry at the University of California, Berkeley, where he rose through the ranks to become an Associate Professor of chemistry and a member of the Lawrence Berkeley National Laboratory. In the summer of 2008, he moved to the University of Munich, where he served as a Professor of Chemical Biology and Chemical Genetics. In March of 2017 he returned to the U.S. to become the Janice Cutler Chair of Chemistry at New York University. He also holds a position as an Adjunct Professor of Neuroscience at the NYU Langone Medical School. He is a member of the Leopoldina Academy of Sciences and the Austrian Academia of Sciences, and a recipient of the Otto Bayer Award, the Emil Fischer Medal, and a Sloan Fellowship. The broad objective of Prof. Trauner’s research is to demonstrate the awesome power of chemical synthesis and to use it toward the precision control of biological pathways.