When separating components in a mixture using a metal-organic framework (MOF) we can take advantage of the MOF pore characteristics such as size, shape and chemical environment. The more similar the components in terms of molecular size, shape and polarity, the more difficult the separation. Separation of hydrocarbons using low energy processes is a key area from an industrial standpoint where the strategic design of the MOF pore chemical environment can avoid energy expensive separations. Our research explores ways to separate components, such as benzene and cyclohexane, through exploring pore environments with ‘stickier’ surfaces. One approach is to employ bulky, aliphatic linkers with a “3D” core, which can be used to construct MOFs with interesting pore environments and shapes. These contrast with aromatic linkers, which are often used when forming MOFs due to their rigid nature and commercial availability. Despite the extensive success aromatic linkers show in creating a plethora of MOF systems, restriction to largely phenyl interactions with adsorbates represents a possible limitation and reduced variation in the pore chemical environment of the materials. 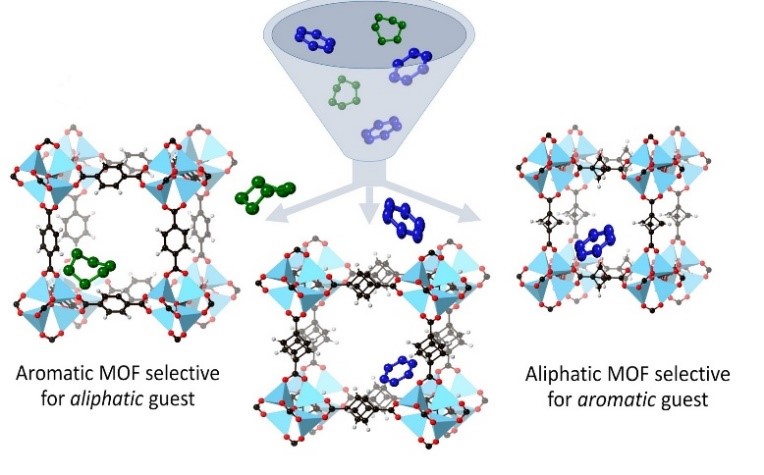 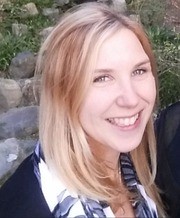 Dr Lauren Macreadie an ARC DECRA fellow at the School of Chemistry, University of Sydney and investigates how porous materials can be used to solve our key energy questions around hydrogen storage, transport and generation. Lauren completed her Double Bachelor in Biomedical Science and Science at Monash University, followed by her PhD at the CSIRO, Monash University and Leipzig University (Germany) working with photovoltaics and supramolecular materials. In mid-2016 she moved to the Emerald Isle to work at Trinity College in Dublin as a research/teaching fellow on water splitting MOF systems. In 2017 she moved back to the CSIRO in Melbourne to work on classified defense force research using MOFs as adsorbents for respiratory canisters. Lauren then transitioned to an independent researcher at the CSIRO in 2018, followed by a move to Massey University in New Zealand in 2019 as a Chemistry Lecturer. In 2020 she moved once again to the University of Sydney as a research fellow and quickly transitioned to her independent group where she investigates functional energy MOF materials on her DECRA fellowship.

Chemists have long pursued stimuli-specific strategies for activating latent molecules, motivated by applications in controlled release, sensing, imaging, and signal amplification. To this end, ‘self-immolation’— the spontaneous and irreversible fragmentation of a multicomponent compound into small molecules through a cascade of cyclisation or elimination reactions—has emerged as a powerful tool. Our group has recently developed a modular ‘click’ chemistry approach for preparing triazole-containing self-immolative linkers that can be reversibly paused and restarted in response to pH changes.1 As part of our ongoing research programme, we are exploring the incorporation similar triazole-based self-immolative linkers into polymeric architectures and stimuli-responsive self-assembled soft nanostructures. This presentation will highlight our recent work in this area, including unpublished work that is currently underway. 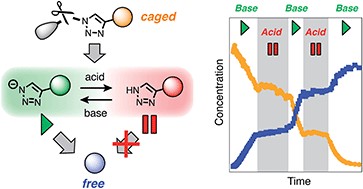 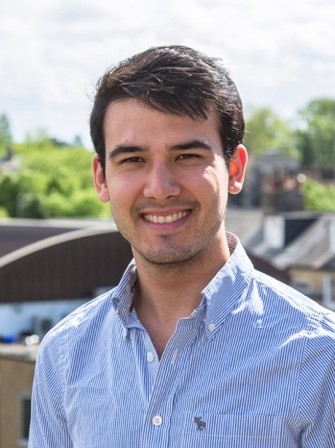 Derrick Roberts is an Australian Research Council DECRA Fellow at the School of Chemistry, University of Sydney. Derrick received his BSc and MSc (polymer chemistry) from The University of Sydney before undertaking his PhD (inorganic/supramolecular chemistry) at The University of Cambridge as a Gates Cambridge Scholar. His PhD work focused on the post-assembly modification metallosupramolecular complexes such as helicates and coordination cages. In 2017, Derrick was awarded a Marie Skłowdowska Curie Fellowship to pursue postdoctoral training in regenerative medicine with Prof. Molly Stevens at the Karolinska Institute, Sweden. In mid-2019, he started his independent group at The University of Sydney, where his research centres on designing and studying morphological transformations of self-assembled soft materials and self-immolative chemical systems.